State Govt’s Moves Set To Give Johor Economy A Boost

ISKANDAR PUTERI – The Johor economy is forecast to continue to grow following several inititatives introduced by the state government in the state’s Budget 2018.

He said the industrial park would benefit Kota Tinggi’s development activities, including generating investments of up to RM18 billion and create some 2,700 employment opportunities within five years.

“This would also support and accelerate development in the area which previously has already experienced an economic surge following the national-interest mega project in the oil and gas industry – Pengerang Integrated Petroleum Complex,” he said when tabling the Johor Budget 2018 at the State Legislative Assembly here today.

He said another initiative was to develop the Johor New Economic Committee under the Permodalan Darul Ta’zim Sdn Bhd which would be building the strategy and preparations to face the future economy which would be digital-oriented and absorption of ideas.

Mohamed Khaled said the state would also implement the integrated tourism centre project, Desaru Coast in Desaru (Kota Tinggi), to increase the influx of foreign tourists to the state.

“The development of this integrated tourism area covers 1578 ha which, among others, will include hotels and premium resorts, two golf courses for international championships, conference centres, water theme parks and shopping malls.

“The first phase of development would be on 768.9 ha, worth RM4.5 billion and generate some 1,700 employment opportunities for the locals,” he said. 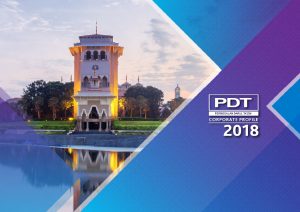